The Al Purdy A-frame Association is pleased to announce the writers-in-residence for the 2019 season at the A-frame in Ameliasburgh, Prince Edward County.

Cornelia will be working on new poems toward a completed manuscript with the working title Snowing Inside, which reflects a shift in her practice to initiatives that incorporate poetry, theatre and sound. She will also be doing a workshop at a local school based on her extensive experience with Red Riding Hood.

Anna Swanson is a writer and public librarian living in St. John’s, NL. She studied creative writing at the University of Victoria and Memorial University. Her first book of poetry, The Nights Also (Tightrope, 2010), won a Lambda Literary Award and the Gerald Lampert Award. Her writing has also appeared in several anthologies including In Fine Form: The Canadian Book of Form Poetry (Caitlin, 2016) and The Best Canadian Poetry in English (Tightrope, 2009). 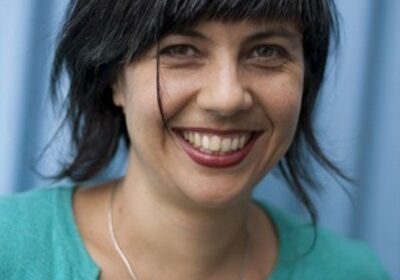 Anna plans to organize a participatory event called Garbage In, Poetry Out: A Found Poetry Workshop. Members of the public will be invited to gather for a beach clean-up, and use the garbage collected to create found poetry. After the clean-up, participants will transcribe the text from garbage collected, learn about found poetry, and create their own found poems using the set of words found by the group. No poetry experience necessary.

If weather or logistics does not permit a beach clean-up, participants will gather to learn about found poetry and create their own poetry collages using found images and a collection of magnetic words. The resulting poetry collages can be photographed and/or photocopied for sharing online, taking home, or giving away.

Damian Rogers is a poet and writer who has worn many hats as a cultural worker in Canada since emigrating here in 2003. She has been the arts editor at an urban weekly, a poetry editor for both House of Anansi Press and The Walrus magazine, the creative director of non-profit educational organization Poetry In Voice, and the co-host and literary curator of The Basement Revue. The author of two poetry collections, Paper Radio (ECW Press, 2009) and Dear Leader (Coach House Books, 2015), Rogers is currently working on a memoir. She has taught poetry workshops for adults and youth since the late 1990s. 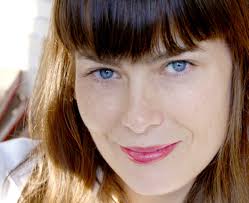 Here is how she describes her initiative during her 5 weeks of residency:

“My project will be an investigation into the possibilities of collaborative practice as a way to generate new work and to stimulate new forms in my poetry. I will be working toward my next collection, tentatively titled DAYS, which is focused on the intersections between daily practice, creative relationships, and community. I am interested in writing in conversation with other writers and other artists and in celebrating relationship, resonance, and community in the work I do. During the residency, I will be living and working creatively with my family: my husband, Mike Belitsky, and our son 6-year-old son, Levi. Levi and I have already created a number of handmade books about animals, aliens, crystals, and weather, and I’d like to extend this sense of play and improvisational practice into my own poetics. My husband is a musician; as a member of The Sadies, he has recorded with Neil Young, Garth Hudson, Neko Case, John Doe, Kurt Vile, and many others. Mike and I have performed together in the past — combining poetry with live instrumentation — and we will work on writing together and recording while in the Purdy house. I will also honour the history of the house as a meeting place for writers by inviting writers, visual artists, and musicians to visit and work collaboratively — or simply alongside me — during my five-week stay. I’ve long been interested in what could happen when artists collaborate and perform together in a more personal, domestic setting. People I’ve invited or plan to invite include poets and writers, such as Hoa Nguyen, Claudia Dey, and Canisia Lubrin; painters such as Laura Dawe and Andre Ethier; and musicians such as the Anishnaabe singer-songwriter Ansley Simpson, the Quebecois singer-songwriter Safia Nolin, Northumberland-based songwriter Kate Boothman, and the Wolastoq singer-songwriter Jeremy Dutcher. My hope is that this experience would spark new work for all artists involved as well as initiating new processes for my own poetry.

My community project will be to produce and host an eclectic night of performance highlighting the writers, artists, and musicians who visited me at the house, as well as showcase any collaborative works that emerged from the residency. Though not all of the artists who participate in the larger project will be available for the performance, I plan to find a way to present a sample of the most interesting material created in the A Frame. 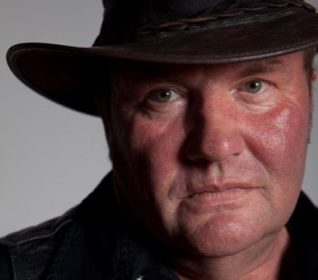 Writing and publishing since the late 1960s, Brian Brett has also been an editor for several publishing firms such as the Governor-General Award winning Blackfish Press. In the early ’70s, he began working as a freelance journalist and critic for various magazines and newspapers. His journalism has appeared in almost every major newspaper in Canada, and his essays in most of the major magazines. Brett inaugurated the B.C. Poetry-In-The-Schools program in 1974, introducing children in schools to world poetry for a period of several years, and has taught or given workshops on writing across Canada. Besides his journalism, Brian Brett is the author of 13 published books in fiction, poetry, and memoir. He is also the author of two CDs of ‘talking songs.’ He’s been published in over two dozen anthologies, as well as numerous fine-print broadsides and folios, magazines, and hundreds of newspaper articles.

During his residency Brett will be putting the final touches on his lifelong project – a hybrid memoir/natural history of world poetry, tentatively titled, Voice: A Natural History of Poetry, which he often discussed with Al.

Brian has a unique offering for the public part of his residency. Over the decades he has built up an enormous selection of audio-visual recordings of most world poetries. As part of the project he will give a series of workshop/presentations/lectures modelled on an oral and video presentation of the many poetries discussed in Voice.

On the final weekend of the season, The A-frame will be opened public viewing on Satuday and Sunday between the hours of 10 a.m. and 4 p.m. It will be the second annual Open House. Last year’s event saw the A-frame welcome more than 100 visitors. Books and Al Purdy memorabilia will be available for purchase.