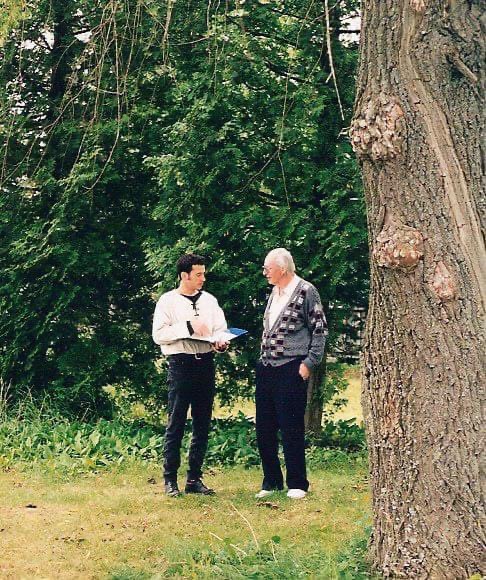 Many of you will have already learned the sad, sad news that poet, novelist and musician Steven Heighton has died at 60 from cancer. The accolades are well deserved.
I'm not sure how old Steven was when he started visiting Al and Eurithe at the A-frame. Maybe in his twenties. The photos show his long flowing hair. He became a dear friend to Al and Eurithe and was a constant visitor.
Steven helped with many fundraising activities during the years when we were working to buy the property. He was also an integral part of the team who developed the writer-in-residence program, and served as a member of the Selection Committee for four years. It was wonderful to work with Steven – he showed so much care, concern and respect for the work of other writers. As Al had mentored Steven, Steven mentored emerging writers.
In recent years Steven continued to visit the A-frame and the writers who were in residence there. He was also a Member of the Al Purdy A-frame Association.
Our sincere condolences to his family. Steven was a man of great ability and integrity, and will be missed and lovingly remembered.